Eclipse over the Gulf of Poets 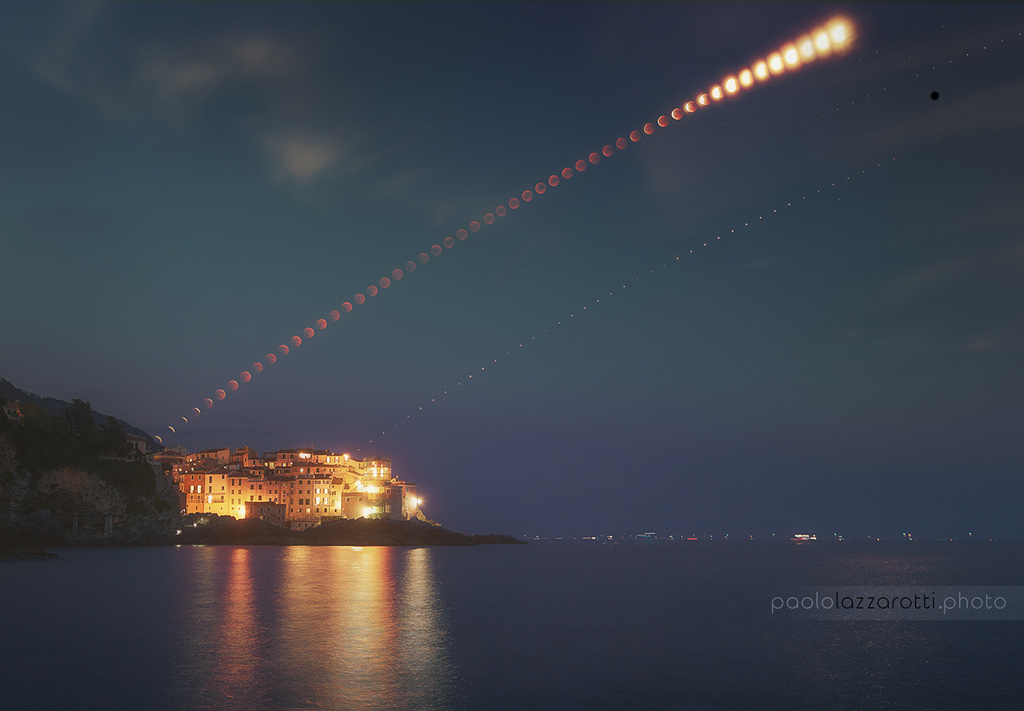 The total phase of the July 27 lunar eclipse lasted for an impressive 103 minutes. That makes it the longest total lunar eclipse of the 21st century. The Moon passed through the center of Earth’s shadow while the Moon was near apogee, the most distant point in its elliptical orbit. From start to finish, the entire duration of totality is covered in this composite view. A dreamlike scene, it includes a sequence of digital camera exposures made every three minutes. The exposures track the totally eclipsed lunar disk, accompanied on that night by bright planet Mars, as it climbs above the seaside village of Tellaro, Italy. In the foreground lies the calm mediteranean Gulf of La Spezia, known to some as the Gulf of Poets. In the 3rd century BCE, heliocentric astronomer Aristarchus also tracked the duration of lunar eclipses, though without the benefit of digital clocks and cameras. Using geometry he devised a way to calculate the Moon’s distance from the eclipse duration, in terms of the radius of planet Earth. via NASA https://ift.tt/2LTwGLC