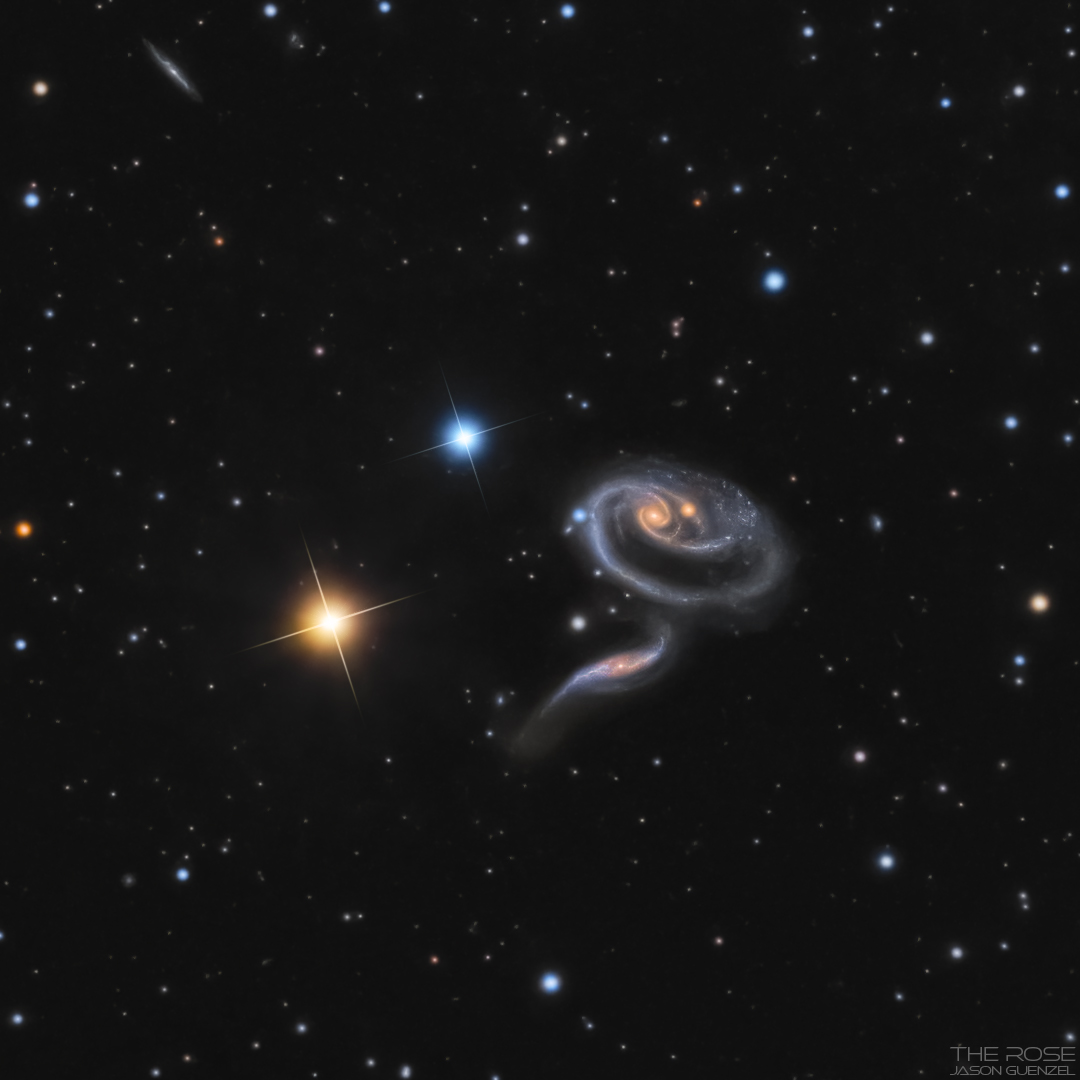 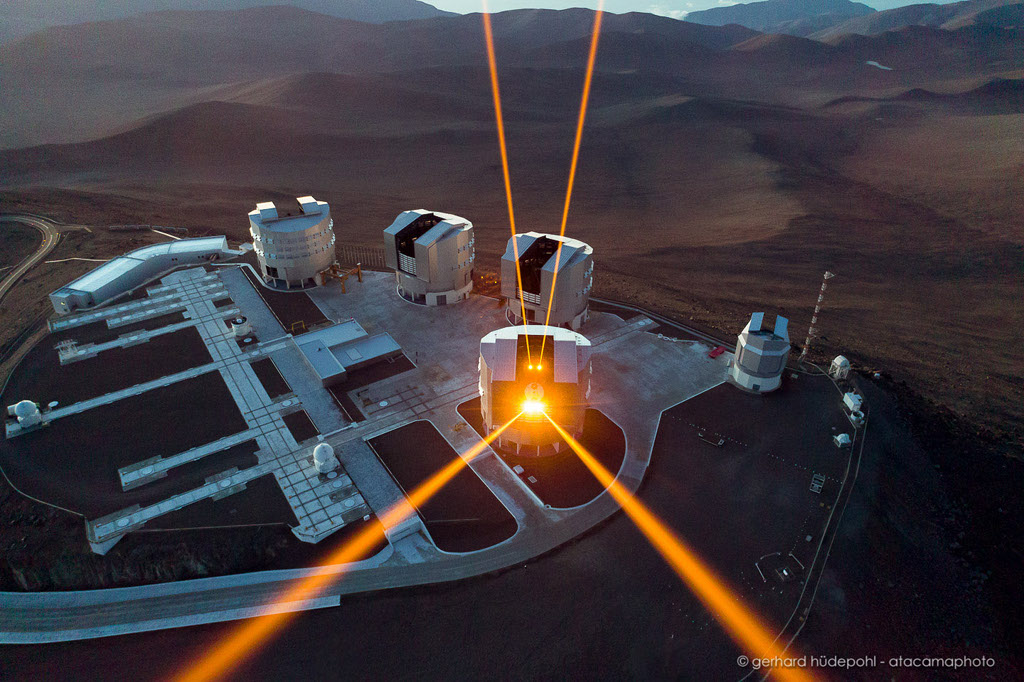 Dodging powerful laser beams, a drone captured this stunning aerial view. The confrontation took place above the 8.2 meter diameter Very Large Telescopes of the Paranal Observatory on planet Earth. Firing during a test of the observatory’s 4 Laser Guide Star Facility, the lasers are ultimately battling against the blurring effect of atmospheric turbulence by creating artificial guide stars. The guide stars are actually emission from laser excited sodium atoms at high altitudes within the telescopic field of view. Guide star image fluctuations are used in real-time to correct for atmospheric blurring by controlling a deformable mirror in the telescope’s optical path. Known as adaptive optics, the technique can produce images at the diffraction limit of the telescope. That’s the same sharpness you would get if the telescope were in space. via NASA https://ift.tt/2IuA1vD