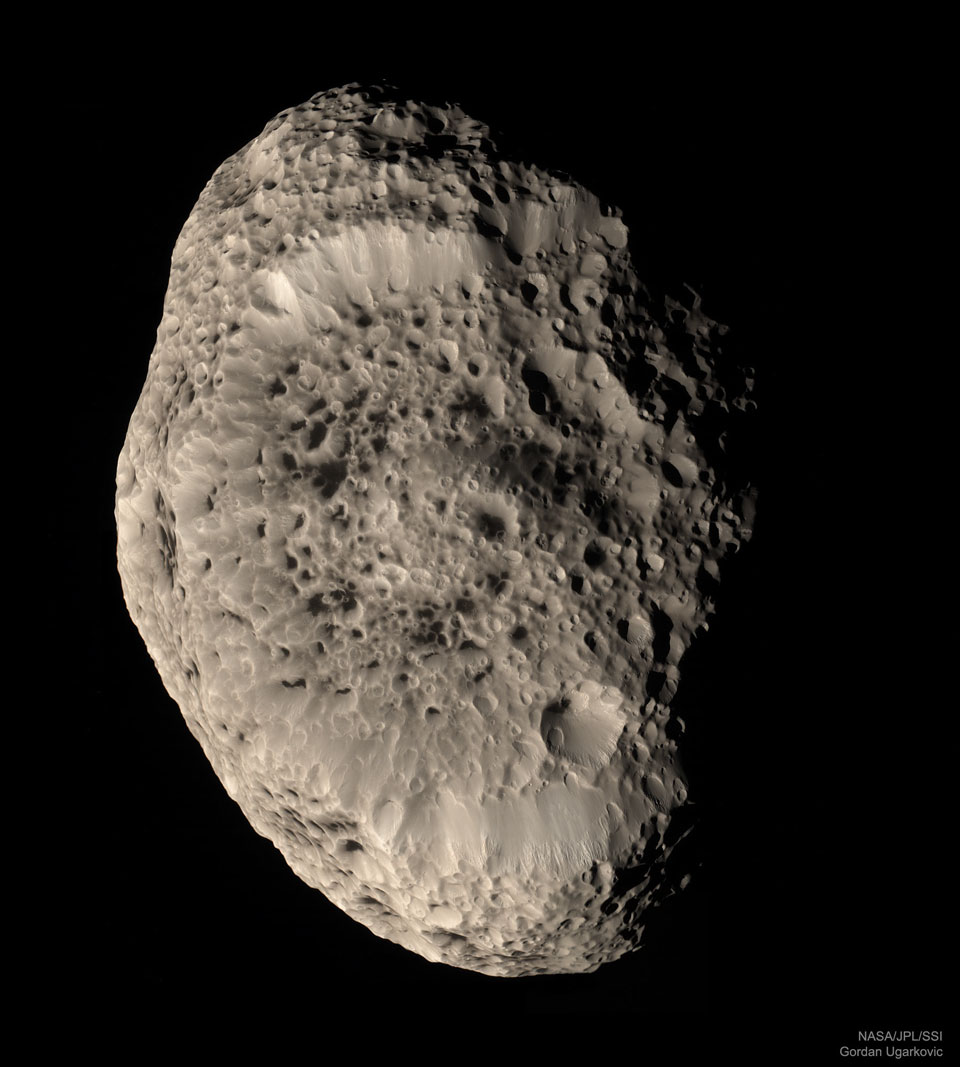 What lies at the bottom of Hyperion’s strange craters? To help find out, the robot Cassini spacecraft now orbiting Saturn swooped past the sponge-textured moon in 2005 and 2010 and took images of unprecedented detail. A six-image mosaic from the 2005 pass, featured here in natural color, shows a remarkable world strewn with strange craters and an odd sponge-like surface. At the bottom of most craters lies some type of unknown dark reddish material. This material appears similar to that covering part of another of Saturn’s moons, Iapetus, and might sink into the ice moon as it better absorbs warming sunlight. Hyperion is about 250 kilometers across, rotates chaotically, and has a density so low that it likely houses a vast system of caverns inside. via NASA https://ift.tt/2wF19qf