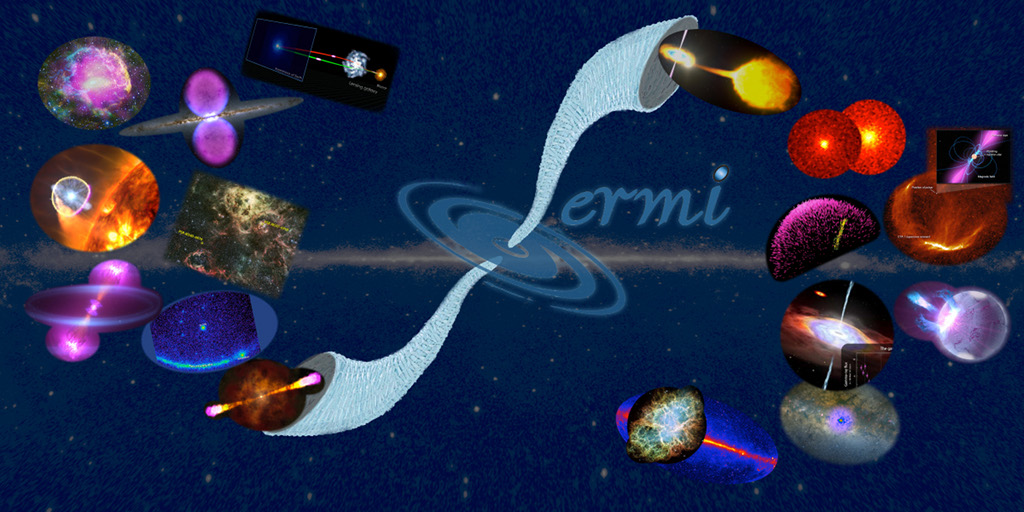 NASA’s Fermi Gamma-ray Space Telescope was launched into orbit on June 11th, 2008. Its instruments detect gamma-rays — light that is thousands to hundreds of billions of times more energetic than what we see with our eyes. In the last decade Fermi’s high-energy voyage of exploration has resulted in a cornucopia of astonishing discoveries, from extreme environments above our fair planet and across the distant Universe. Now you can vote for Fermi’s best result so far. To mark Fermi’s 10th anniversary, images representing 16 scientific results have been selected and seeded to create brackets. Follow this link to cast your first round vote for your favorite out of each pair and then return every two weeks to vote in the next round. The winner of the Fermi Final will be announced on August 6, the 10th anniversary of the first science data from Fermi. via NASA https://ift.tt/2kTc07c